Meeting suffering and illness with heat 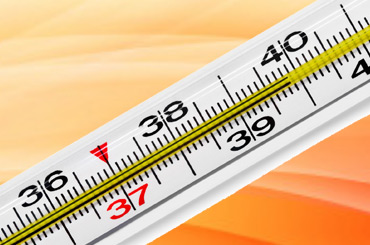 Hyperthermia (fever therapy) shows that empirical medicine and high-tech procedures can be combined. As early as 2,400 BC, Egyptian doctors used artificially generated fever on their patients. Parmenides (540 – 480 B.C.), a Greek doctor and philosopher, recorded the saying: “Give me the power to create fever and I will cure any illness”. Over the centuries, actively generated fever has been used to treat a wide range of diseases and the physician Julius Wagner von Jauregg was awarded the Nobel Prize for Medicine in 1927 for his research into hyperthermia. However, as with many other procedures, hyperthermia lost its importance for several decades with the triumphant advance of antibiotics.

Hyperthermia is often used in cancer therapy, but it can also be used as a therapy for autoimmune diseases such as rheumatism to balance an overly aggressive or weak immune system. Here hyperthermia causes an intensive blood circulation, the purification of the organism and an improvement of the oxygen supply as well as a lasting stabilisation of the immune system.

In both procedures, the body activates strong self-healing powers through the increased temperature and increases its immune defence systems. As a result of the fever, the tumor tissue is supplied with increased blood flow, so that, for example, radiation or chemotherapeutic agents can be administered in lower doses and more precisely targeted into the tumor tissue in this phase. Repair enzymes, which normally protect the cancer cells from radiotherapeutic agents, lose their function due to the heat. If these important enzymes are damaged, the tumour cells die at small doses and even previously resistant cancer cells are eliminated. The heat also affects certain proteins that normally help tumour cells to discharge cytostatic drugs. If these pump proteins are inactive, chemoresistant cancer cells also die.

Hyperthermia can be used for the following types of cancer, among others: