Oxygen therapy and the Ozone therapy 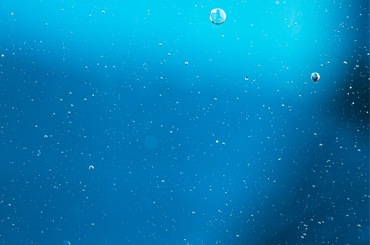 Oxygen is the basis of our life, without oxygen life would simply not be possible. Many illnesses are also due to a disturbed oxygen metabolism or can only arise from it. Chronic diseases in particular are often the result of permanent and long-standing disorders in the utilization of oxygen, which affect the entire organism. In the case of diabetes, for example, the red blood cells (erythrocytes) can no longer transport oxygen into the cells. This leads to tissue deficiency symptoms, resulting in circulatory disorders and neuropathies.

However, the inadequate supply of oxygen is also devastating for the tasks of the different white blood cell types (leukocytes). Leukocytes cleanse the organism of incompatible substances and pathogens. These include bacteria, viruses, tumour cells, toxins, worms, fungi and much more. The different types of leukocytes carry out various tasks within the immune system, including the labelling of antigens and the fight against diseased endogenous cells and cancer cells. These neutrophil granulocytes, macrophages and dendritic cells are therefore commonly referred to as scavenger cells. If they are weakened or even unable to act due to a lack of oxygen, countless ailments and diseases can develop.

Various related therapy methods for increasing the oxygen content in the human organism are carried out in our Dr. Baltin practice clinic. In oxygen therapy (oxyvenation), pure medical oxygen is slowly and precisely dosed into the blood in small quantities via an intravenous infusion. The smallest oxygen bubbles thus available for the blood cause the formation of vasodilating and anti-inflammatory substances. Superfluous tissue water, which is, for example, responsible for the development of oedemas, is flushed out and the ability of the blood platelets to stick together is inhibited, thus counteracting potential vascular thromboses. The already mentioned leukocytes also multiply more strongly and thus activate the body’s own immune system.

In addition to intravenous oxygen therapy, we use the following methods:

What all measures have in common is that they have a long-lasting effect. As already mentioned, this is due to the supply of blood cells and the fact that the body’s own enzyme systems for neutralising free radicals are also strongly activated. This is confirmed by several scientific studies.

Depending on the choice of the form of therapy (oxyvenation, HOT, ozone), the application of which is always preceded by a comprehensive examination of the acid-base balance, the following indications for oxygen therapy are indicated, among others:

In addition, oxygen therapies can also be used as an accompanying measure in cancer therapy to minimize side effects and reduce kidney and life damage, but also to increase the success of other treatments. This is because tumour growth is closely related to the oxygen supply, i.e. the poorer the tissue is supplied with blood, the more acidic the cell metabolism becomes. An acidic environment, however, favours the growth conditions of tumours, which at times can get by almost without oxygen and then even form metastases particularly quickly.

Oxygen therapy is used as a cure, i.e. it is ideally carried out regularly over several days or weeks. Follow-up treatments at intervals of several months are useful and depend on the basic symptoms.