Oxygen is life – healthy with oxyvenation 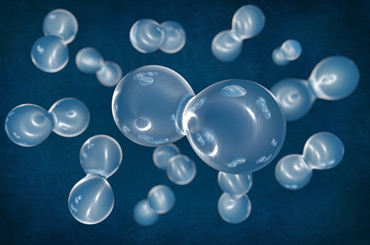 It is now almost 100 years ago that the biochemist and physician Otto Heinrich Warburg (1883 – 1970) postulated his famous hypothesis on the development of cancer, which is still being discussed with great enthusiasm between the various camps of medicine: After observing high lactate levels in his research on cancer cells, he came to the conclusion that cancer cells do not metabolise oxygen but mainly glucose. The 1931 Nobel Prize winner (for “The Discovery of Nature and the Function of Respiratory Ferments”) would certainly have deserved a second Nobel Prize for the mechanism now known as the “Warburg Hypothesis”.

Into our new millennium, so-called official studies, intentional or unintentional, did not bring any final proof for Warburg’s theory – and this, although experienced, naturopathically oriented doctors and therapists have of course long since known about the correctness of the postulation. In 2008, US biologists ventured once again into the hypothesis and examined the mitochondria of mice with different brain tumours. The mitochondria, the so-called “energy power plants of the cells”, whose inner membrane consists of cardiolipin (correct: diphosphatidylglycerol), were always no longer functional. This study, published in 2009 in the American “Journal of Lipid Research”, once again points the way to the proof of the famous Warburg Hypothesis.

However, the administration of oxygen not only plays a hitherto neglected role in the holistic therapy of cancer. In the treatment of inflammatory, degenerative and chronic diseases, oxyvenation also provides highly effective, safe and low side-effect services with excellent results. In addition, the immune system is enhanced and the body’s own blood circulation up to the capillaries is significantly improved.

Oxyvenation as the basis for the treatment of numerous indications.

Through oxyvenation therapy, the body’s own substances (prostaglandins) are produced by the body, which are directed against inflammation in the body and thus have a self-healing effect. Inflammations in the body can be treated by the oxyvenation method without the side effects of drugs. As an additional therapy in a biological cancer treatment, oxygen therapy (oxyvenation) favours the opening of the small capillary vessels. In this way, oxyvenation increases the effect of infusions by facilitating the uptake of substances by the cells. We use the effect of oxyvenation to increase the efficiency of holistic cancer treatment.

Oxyvenation alleviates many complaints and, in addition to its indispensable use in the context of holistic cancer therapy, can be applied to the following clinical pictures:

In oxyvenation, pure oxygen is introduced directly into the organism. The optimum effect is achieved with targeted and correctly dosed application using an Oxyven device that delivers approximately 1-2 ml of oxygen per minute intravenously to the body. The desired effect usually occurs during the first therapeutic treatment and then increases from time to time.