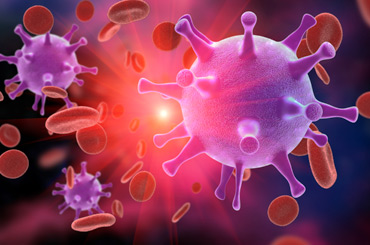 In holistic cancer therapy, photodynamic therapy, or PDT for short (sometimes also referred to as laser light therapy), is an innovative and convincing treatment method used to eliminate malignant tumor tissue and to combat viruses and bacteria. Its effectiveness is based on the use of so-called photosensitisers. These are certain substances that sensitize tumor cells to light. After administration of these sensitizers, tumor tissue or certain body regions are irradiated with laser light in the blue to red frequency range. Photodynamic therapy is also suitable for those organic sectors where other types of treatment would be problematic or difficult to carry out.

Photodynamic Therapy is much gentler on the patient than many other methods, because compared to the otherwise common treatment approaches, the side effects and health risks are extremely low.

The photosensitizer is injected into the patient’s bloodstream, whereupon the substance is distributed throughout the body. As a result, light-sensitive porphyrins (porphyrins are intermediate products of haem formation – haem is the iron-containing dye in the red blood pigment haemoglobin) are formed in the cells. The porphyrin molecules change into a so-called triplet state and the absorbed energy is transferred to the triplet oxygen. This energy transfer puts the oxygen molecules into an excited state, which finally results in singlet oxygen. This oxidant is highly reactive and highly cytotoxic – it is therefore a very strong cell poison. Its effect is ultimately expressed in necrosis of the affected cells and possibly also in simultaneous apoptosis, a programmed cell death of the tumor cells initiated by the body itself. Due to the local effect of the oxygen radicals, there is no further damage to healthy cells.

Which diseases can be treated with PDT?

In ophthalmology and dermatology, photodynamic therapy is already a proven standard procedure. In cancer treatment, it is a non-invasive or minimally invasive therapy, which is used for example in bladder cancer, prostate cancer, basal cell carcinoma, actinic keratoses and Bowen’s disease. Photodynamic Therapy (PDT) is suitable for use in cancer therapy and especially for the treatment of the following conditions:

PDT is usually painless and without serious side effects. As the destroyed cells are replaced by normal cells after treatment, a good healing process can be expected. Photodynamic therapy is often not only used alone, but can also be combined with other therapy and treatment methods, such as low-dose chemotherapy (IPT), radiotherapy or surgery. While some forms of therapy can sometimes only be applied once, PDT can be applied as often as required due to its safety.