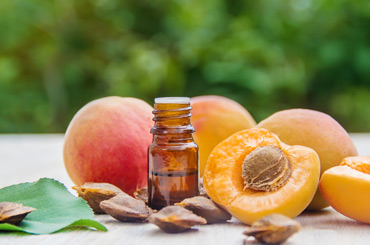 Vitamin B17, more correctly called “amygdalin” (from the Greek “amygdalis” for “almond kernel”) is a so-called secondary plant substance, which is used by rose plants in particular to deter predators. The bitter substance amygdalin ensures that the kernels of the plants taste bitter and are thus avoided by enemies who eat roses. Vitamin B17 is found in higher concentrations in almonds and apricot kernels, but also in apple kernels and seeds of other stone fruits such as cherries, nectarines, peaches, plums or wild blackberries. In these, vitamin B17 concentrations of more than 500 mg / 100 g can be reached. The highest content of amygdalin is reached with up to 8% apricot kernels.

The so-called vitamin B17 – also known as amygdalin – has already been frequently used in cancer therapy and can also be described as a “natural chemotherapeutic agent” due to its mode of action. A further effect of amygdalin is its analgesic action. In the 1950s, the substance was discovered by the American biochemist Dr. Ernst T. Krebs Jr. and isolated from bitter apricot kernels. These naturally contain up to 8% amygdaline. Vitamin B17 is converted into cyanide under the influence of the enzyme beta-glucosidase and attacks the tumour cells. Another enzyme, rhodanase, on the other hand, is found almost exclusively in healthy cells and binds the cyanide, thereby rendering it harmless. Amygdalin therefore has a strong growth-inhibiting effect on tumour cells, while it does not harm healthy cells.

Unfortunately, vitamin B17, or amygdalin (because, according to the exact definition, this plant substance is not a vitamin) has been and continues to be discredited by certain interest groups. Opponents of effective, natural and therefore not patentable (sic!) anti-cancer agents argue with the toxicity of the prussic acid content of amygdalin. Of course, prussic acid is toxic in certain doses – but here it is the exact dosage that matters, because it is precisely the “poison” that is toxic to cancer cells and therefore effective in therapy. Allow me to say that also and especially our generally recognized and in our public perception so praised cytostatic drugs (chemotherapeutic drugs) are hardly to be surpassed in toxicity. So the question arises here: qui bono – (who benefits)? Well.

But back to vitamin B 17: As early as the 1970s, American researchers were able to prove that amygdalin restricts tumour growth, prevents metastasis, alleviates the pain associated with cancer, generally has a preventive effect on cancer and can help improve the general condition of cancer patients.

Applied in the correct dosage and as part of an individually designed infusion therapy over a certain period of time, vitamin B17 infusion therapy is one of the best measures in the context of a goal-oriented, holistic and, above all, patient-friendly therapy.